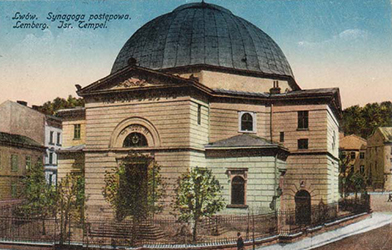 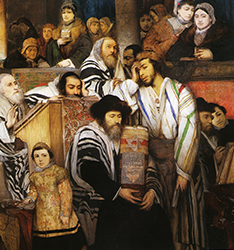 Conferences and Workshop
Published by Maya Shabbat on Tuesday, August 22, 2017

Some 60 participants took part, from several academic institutions all over Poland and also from abroad representing the above mentioned universities and also e.g., Bar-Ilan University in Tel Aviv, European University Viadrina Frankfurt (Oder), War Studies University in Warsaw, the Institute of National Remembrance, the Polish Academy of Arts and Sciences, Free University of Berlin, the Institute for Jewish History in Austria, Maria Curie-Skłodowska University in Lublin as well as Ad Hena Institute in Israel. Representatives of various academic societies also participated in the conference, i.e. Gesher Galicia organization and Polish Historical Society – Rzeszów as well as the cultural and museum organizations, i.e. the  ‘Grodzka Gate – NN Theatre’ Centre or the Folk Museum in Kolbuszowa. Photographer Ania Bien from Amsterdam presented her art project ‘Hotel Polen’ in the conference venue.

The main topic of the conference was the history and culture of Galician Jews. However, some conference papers went beyond the chronological years 1772-1918 and touched upon the interwar period  and  widely understood history of Galician Jews. The introductory paper on the history of Hassidism in Galicia was delivered by Uriel Gellman from the University of Bar-Ilan, Israel.

The conference covered a wide range of topics such as political, social, economic and religious life of  Galician Jews; the arts (architecture, music and fine arts), Jewish literature, and some issues related to the history of education.  Papers on the archival sources related to Galician Jews had a prominent place in the conference agenda. Some papers also covered the topics of antisemitism and the history of Jewish press.

The conference titled “Jews in Galicia” was one of the most biggest conferences devoted to the history of Galician Jews. This conference enabled academics,  independent scholars as well as PhD students, from various academic institutions and research fields, ie. Jewish studies, cultural studies, the history of arts and music studies, to present their research papers and exchange opinion, therefore the conference contributed to the integration of the group of researchers who are interested in this area of studies.

The post-conference monograph edited by dr hab. Michał Galas and dr hab. Wacław Wierzbieniec will be published by the end of this calendar year. We are planning to organize another edition of the conference in the near future.

Il. 2. The opening of the second session. Thanks to the courtesy of Tadueusz Ferenc, the Mayor of  Rzeszów, the afternoon session of the conference was held in the Town Hall.

Il. 3. Session “Chasidism as seen by Chasidim”.  In the pohoto Zvi Lehrer from Ad Hena Institute  (presenting his paper), and Sviatoslav Pacholkiv.